How did the law come to be?

Have you ever wondered in your everyday life, “What purpose does the law serve?” or “Why does a rule like this exist?” Many people, I presume, treat the law like air and have never deeply considered the meaning of the law.

I am a researcher in the area of the philosophy of law. The philosophy of law is an area of study that thoroughly questions and critically considers the fundamental issues of law without being bound by conventional wisdom and existing knowledge.

As a researcher, I consider how far we can reduce the number of laws. This might strike you as surprising. A majority of people would think that without law, society would be literally “lawless” and the social order would not be maintained.

So was society chaotic and in ruin before modern law came into being? No. There were internal rules that were shared by a community, such as a village, that served to maintain order.

While law maintains order in society, it also has the negative aspect of infringing on individual freedoms. I trace how positive law became as substantial as it is today and in so doing consider whether it is possible to maintain social stability through the spontaneous order (order formed naturally in the historical process) in the absence of positive law.

Firstly, let us get an overview of how the law came into being.

The Law of the Twelve Tables, the first written law established during the Roman Republic, is said to have stipulated the existing customary law. Customary law refers to long-standing practices and oral traditions of a group of people such as a tribe or a village community that have come to have legal effect.

Before the Law of the Twelve Tables, trials in Rome were presided over by priests, a position that was dominated by patricians; therefore, plebeians were ignorant of the law. Plebeians strongly demanded the disclosure of the law, which resulted in the establishment of the Law of the Twelve Tables. This signaled the start of trial by law rather than trial as a divine oracle.

Later, in the 16th to 18th centuries, when sovereign nations were established in Europe, the law, after a period during which it was considered to be orders given by the sovereign, became creation by the sovereign. However, at this stage, national sovereignty lay with the monarch and the people were not sovereign.

Moreover, in 19th-century Germany, the view that legislative power was shared by the monarch and the parliament and that law represented the will of lawmakers and was a measure to secure the public welfare became dominant; law was more of a rule for those in power to control people.

In the 20th century, the Weimar Constitution was established in Germany. In addition to the sovereignty of the people and universal suffrage, the constitution stipulated, for the first time, the existence of social rights (the right to life, labor rights, and the right to organize) and is said to be the forerunner of the 20th-century democratic constitutions. Social rights are the rights to demand that a state actively intervene so that those who have become socially and economically vulnerable in a capitalist society can lead a wholesome and cultured life as human beings. After the establishment of the Weimer Constitution, the number of laws to enable a state’s intervention in society increased and the situation became more complex. 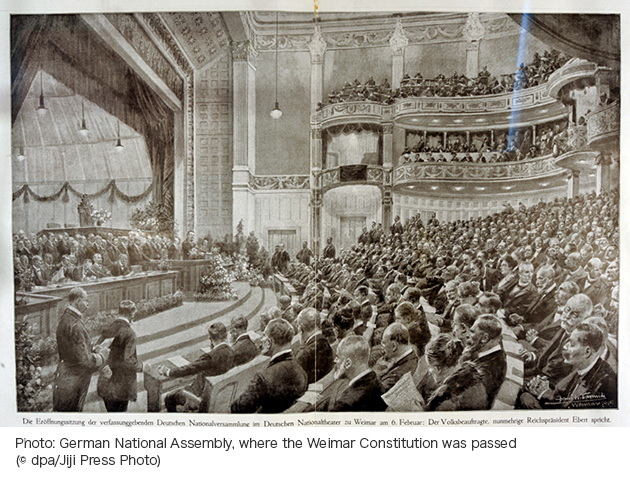 In the West, from the latter half of the 1970s, excessive legalization became a topic for discussion. Legalization is a phenomenon whereby the inclination to try to solve various social issues with the law becomes stronger and, as a result, the number of laws and the subjects of lawsuits increase.

For example, there is a Roman legal principle that says “Domus sua cuique est tutissimum refugium.” This refers to the idea that the law should not be concerned with family issues and should let them be solved autonomously, an idea that is embodied in divorce by agreement in the civil code (when both parties agree, they can divorce simply by submitting a notification without the court’s involvement). However, in recent years, there are instances where the law goes beyond the above principle and actively intervenes in family issues, as can be seen in the establishment of the Act on the Prevention, etc. of Child Abuse and the Act on the Prevention of Spousal Violence and the Protection of Victims in reaction to cases of domestic violence and abuse.

Thus, the inclination to solve social issues by means of legalization extends the sphere of state power. This could lead to a movement to prosecute if there is an indication of a crime in order to prevent one.

In court rulings, examples are found where distributing political pamphlets in an apartment building corresponded to the crime of breaking into a residence and where painting graffiti on the wall of a public bathroom corresponded to the crime of damaging buildings. Moreover, there is a case where the accused was indicted for the crime of breaking into a residence when they entered an upstairs room to complain to the resident about noise. The former belief that unless you are a criminal, you will not have dealings with the police no longer holds true.

German philosopher and social philosopher Jürgen Habermas describes the further legalization as “colonization of the lifeworld by law.” He fears that as a result of legal interference into areas that are inherently not suited to regulation by law, such as neighborly, family, and classroom issues, people’s lives and communication might be adversely affected. He thus cautions against excessive legalization. 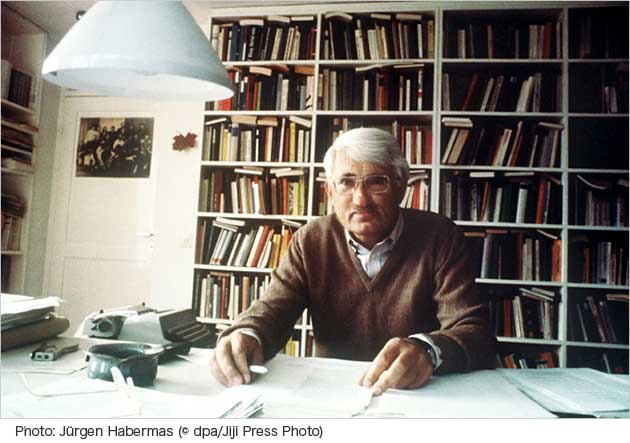 Presently, there are nearly 7,500 laws including the constitution, approximately 1,900 Acts, and 5,600 Cabinet Orders and Ministerial Orders. Some of the laws beg the question as to for what purpose or for whom they were established.

A notable example is the Act on the Use of Numbers to Identify a Specific Individual in Administrative Procedures, the governing law of the Individual Number (My Number) System introduced in 2016. The biggest advantage of the Individual Number System for the government is that it reveals people’s incomes. This ensures proper tax collection for the Ministry of Finance. Also, in other administrative organs, work efficiency can be improved by the introduction of the system. On the other hand, the benefits for people are unclear. There are concerns about information security breaches and function creep. It seems more appropriate to call the system “Your Number” instead of “My Number.”

Also, for example, the regulations on medicine restrict the freedom of individual action and choice. You might be familiar with the story that it takes longer for medicine to be authorized in Japan than in the West. This is called drug lag and is a grave issue for those being treated for a serious disease, and there are growing calls for the system to be revised. Under the current system, even if a patient and their family are willing to take a risk if it gives them a chance to live, they must give up on the idea.

There are some laws that no longer serve any purpose but that cannot be abolished for various reasons. A number of laws that people question the necessity of still exist.

For example, do you know the crime of dueling? The crime was set out in the Act Relating to Duel established in 1889 and a one-on-one fight was made punishable. Article 5 stipulates, “A person who slanders another for not answering to a challenge of a duel shall be punishable for defamation according to the Penal Code.” In other words, if a person calls someone else a coward for not accepting a challenge of a duel, they will be punished for the crime of defamation.

The Liquor Tax Act, which has its origins in the Meiji era, when liquor tax was an important source of revenue for the government, invites a question as to its meaningfulness. The Act prohibits the production of liquor containing 1% alcohol or more without a license, even for private consumption. However, Japanese people have been brewing liquor for themselves since ancient times. Not only in Japan but all over the world, liquor is closely connected to the cuisine of a country. Homebrew has never been prohibited in France, Germany, Italy, etc. The U.K. and the U.S., which used to ban home-brewing, lifted the ban. The ban on home-brewing in Japan would be tantamount to a denial of culture.

Even though legalization cannot be stopped, under the rule of law, law is legislated in the Diet, which represents the voice of the people, and controls the executive and the judicial. However, the reality is that regulations restricting people and corporations are drafted by officials in cooperation with industry associations, although they argue that the regulations are for the benefit of the people. In today’s Japan, regulations are revised or revoked at the will of the administration and politicians.

What would a society without a state or laws look like?

So far, the process of establishing laws, the legalized society, and the necessity of the law have been considered. Also, the situation of how people are at the mercy of excessive legalization has been looked at.

For many people, the state and the law are perhaps like air, something taken for granted. However, there is a view that minimizing the restrictions by state and law or even getting rid of them would make for a better society. Let us look at two examples below.

Libertarianism is the idea that it is right to respect individual liberty and minimize the restriction of liberty by the state. This idea envisages the simplification of law, limiting the state’s activities to ensuring public safety and carrying out trials, and leaving the remaining power to private businesses in the market and thus ensuring efficiency.

Anarcho-capitalism is an idea that, in a word, the government is unnecessary and the market is all that is needed. All the public safety services including the police and court services are provided by private businesses instead of the state and the currency is supplied by multiple banks and put under competition of creditability. As such, under anarcho-capitalism, individual activities are not reliant on the government and are conducted in accordance with private law and contracts.

Try to imagine if a society like this would be a happy one or an unfortunate one.

While people go about their lives unconcerned by the state and the law and unaware that they are surrounded by the law, the legalization of society steadily moves forward and threatens individual independence and freedoms.

In Japan, the discussion on amending the constitution is growing more active. Also, with the establishment of the Act on the Protection of Specially Designated Secrets and Legislation for Peace and Security, there are more opportunities to think about the state and the law.

In your everyday life, make a habit of asking yourself, “What purpose does the state serve?” and “Why does an act like this exist?” At the same time, try to imagine what a world without state or law would look like.