Literary works under the spotlight and Japanese classical literature

The news in recent years that shook the literary world would be the awarding of the Akutagawa Prize to Hibana by Naoki Matayoshi in 2015. I read the book with great pleasure myself. I believe that the changes in the feelings of the characters and their emotional turmoil are very well captured and expressed. However, we need to wait a while for the contemporary age’s verdict before knowing whether the work will be read in 30, 50, or 100 years’ time. In my view, the value of a work is ultimately determined by how much timeless universality can be found in it.

In that respect, the fact that Japanese classical literature that is several hundreds of years old is still read today is by itself enough to make one trust that it possesses universal value.

It seems that in the recent trend to emphasize practical science, the humanities are slighted. What are your views? I consider that the attitude of judging a study from the sole viewpoint of whether it serves to benefit the world is problematic in the first instance. I say this because society needs more than just studies that support business. Coming from a member of the College of Literature, this might sound as if I am merely standing up for my own kind. However, the opinion that the humanities provide foundational support for practical science is voiced by the forerunners of practical science, such as figures from the economic and medical worlds. I believe that the humanities are the most versatile study and are applicable to various areas of study. However you might live, a foundation in the humanities will be an asset.

As an example, let us have a look at Kiritsubo no maki, the opening of The Tale of Genji.

“In a certain reign (whose can it have been?) someone of no great rank among the Emperor’s Consorts and Intimates enjoyed exceptional favor.”

This is the opening of the tale: among the many consorts of the emperor, there was a woman whom he favored although she was not of particularly high birth. In the Heian era, aristocrats were bureaucrats and controlled politics. The emperor must marry the daughters of powerful aristocrats and treat them according to their birth. Otherwise, the political power balance would be upset. Given this background, the opening passage describing how the emperor follows his heart and openly loves a woman regardless of her rank indicates that the emperor is guilty of misgovernment. I assume that you have interpreted Kiritsubo no maki as a pure love story or a sad love story.

It was in the Meiji era that exclusive romantic relationships unbound by rank were accepted with respect as something valuable in Japan. It has been only 150 years at most since then. The sacred view of love is a recent phenomenon in a long history. This allows one to infer that there is a difference between the impression that people of the Heian to the Edo era had after reading The Tale of Genji and that which people of today have. I think it is important for those living today to learn about views and value systems different from those considered universal today through reading classical literature. 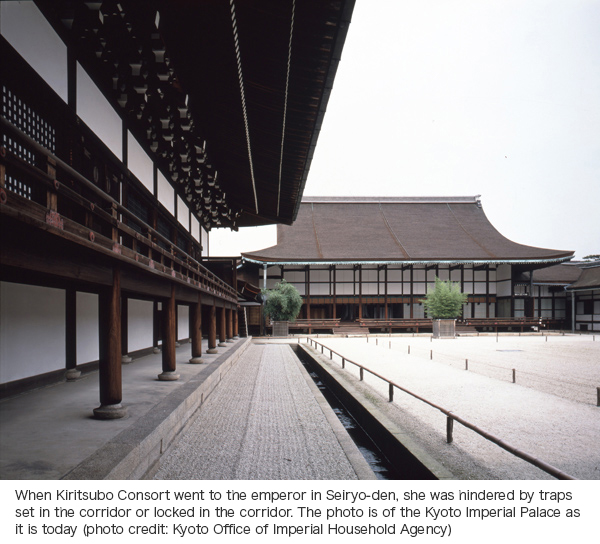 Japanese as a subject and the humanities are similar but different

It seems that an increasing number of students wonder what the correct way to read a text is, caring about the correctness of their reading. I have given some thought to the reason behind the increase in the number of young people who think this way, and I believe one of the reasons is that there is a considerable gap between Japanese classes at high school and earlier and the study of literature at university.

Considering that Japanese at secondary school is taught on the premise that students are tested, naturally questions and answers must be prepared. Thus, there are correct and incorrect answers, but literature by its nature is not something to be studied in pursuit of the correct answer.

To comment further on Japanese classes at secondary school, literary works in textbooks are abridged in one way or another. The Tale of Genji is the best love story ever and has been read for a thousand years, but romantic feelings and sexual allusions cannot be found in the parts that appear in textbooks. One cannot understand the intrinsic aspects of The Tale of Genji by reading what little appears in textbooks.

Instead of feeling as if you understood a work just by reading it in a textbook, I would like you to read the work itself properly. I especially wish that young people would read as many works as possible while young. I say this because a work can have a totally different impression on you when you read it in your 20s and when you reread it in your 40s. This does not mean that your reading is immature when you are young. You read in a certain way when you are young, and there is a truth in what you feel then. Then, you reread the same work in your 40s and get a different impression, which is an extremely precious experience.

You can converse with yourself through a book. It is perfectly fine if you read a critically acclaimed book and cannot see any good in it. This lets you understand your tastes and can be a way to analyze your personality. Therefore, I urge you to read as many works as possible while you are young and explore the various feelings and characters’ speeches described there, thereby learning to see things from multiple angles and nurturing yourself.

The enjoyment of reading literature actively

There is a work of classical literature called Kagero Nikki. The author is Fujiwara Michitsuna no haha, and the work is a frank description of the feelings welling up in an aristocratic woman of the Heian era while she is in a polygynous, duolocal marriage. Kagero Nikki had been interpreted as a work where the author vents bitterness and discontent against her husband, Fujiwara no Kaneie, the feelings coming from her love, and describes how she comes to cease hoping. However, there is a theory that in view of how Kaneie won power struggles and Michitsuna no haha wrote to those in power for his sake, Kagero Nikki is actually about a couple teaming up to fight, with the wife supporting the husband, who is an excellent politician, and striving to raise his position. With this theory, the work can be understood as a memoir of a happy wife of a man who rises in the world.

The point is not which of these interpretations is right; rather, I think this is a good example of how emphasizing a certain aspect of a work can change how the work is interpreted and this enables a richer reading. Although many among you might regard reading as a passive activity, when you read actively by taking a different perspective, reading can be a lot of fun.